Of Flappers and Fitzgeralds - Finding the Lost Generation: A One Year Journey

In the opening lines of her book, Save Me the Waltz, Zelda Fitzgerald mentions the cycles of generations - I wonder if she sensed that four generations after her own, there would be what is considered another 'lost generation'. She was a good writer, profoundly insightful from having lived a full life, and many of her husband F. Scott Fitzgerald's most well-known words actually originated from her. 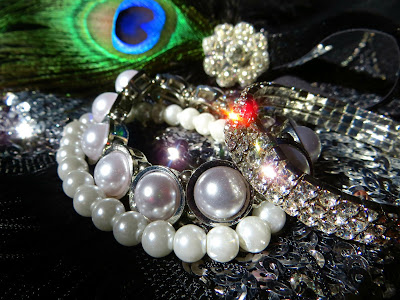 Many of the Lost Generation tried to recover from WWI. Those that had survived the war had seen too much - many turned to alcohol or whatever would distract them from a world that made no sense. It was also an era of hedonism, though excess is often forced to an end when the times become darker - or may be exactly what causes the times to become darker. The Roaring '20s and the flappers that made that decade roar subsided after the Crash of 1929. When the Great Depression began, diamond bracelets went to pawn shops and evening gowns were hung in the back of closets. 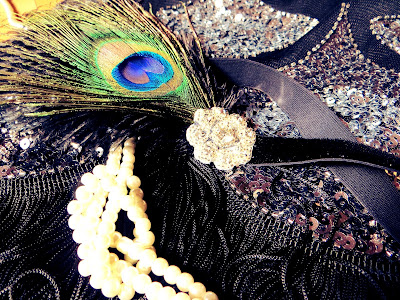 And as it turns out, all that glitters is not gold, or even silver, it's usually all just costume jewelry.

I think the theme below sums up a lot of what we learned from the Roaring 20's written by Fitzgerald, but more likely came from his wife:

"...you can't have anything, you can't have anything at all. Because desire just cheats you. It's like a sunbeam skipping here and there about a room. It stops and gilds some inconsequential object, and we poor fools try to grasp it - but when we do the sunbeam moves on to something else, and you've got the inconsequential part, but the glitter that made you want it is gone." 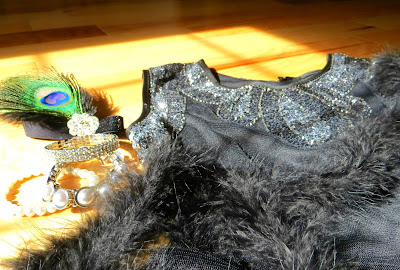 F. Scott called Zelda the first flapper. From that subculture came images we now associate with the appeal of that era and why we love to wear Halloween costumes from that time: champagne, strands of pearls, opulent parties, live jazz, and speakeasies. Art deco, city lights, and sky scrapers emerged as symbols of the wealth. While there has been a fascination with the 1920's in the century since, what I'm more interested in is what was left when the party was over. Anyone can get by when times are good, but how humanity survives through hardship creates the most profound history of all. Looking back on the glamour and the aesthetics of the '20s is compelling, but it was the grit and the aestheticism of the 30's - of those who survived the Great Depression and took history forward - who made it so another generation, and many more, could exist.

The heart of history should be with every lost generation - with all the people who went from war, to loss, to feeling lost - with all those who have had to live through crisis after crisis. No generation wants to be forgotten. Here's to a shaft of sunlight on the story of the Lost Generation - those who lived a century ago, because their collective experience was not, and is not inconsequential. Their lives affect who we are today, their will to keep going made it possible for us to exist.


"And so we beat on, boats against the current, borne back ceaselessly into the past."
-F.S.F.


(c) 2017 writing and photography by Chloe Koffas - all rights reserved

Posted by Chloe Koffas at 9:08 PM No comments: