An Open Letter to U2: Their Impact on a Lost Generation 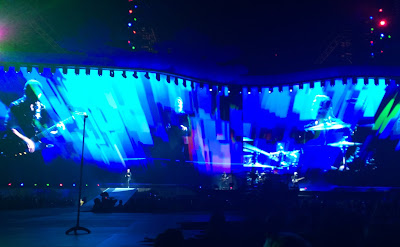 To Bono, Adam, Edge, and Larry:

Each night throughout The Joshua Tree Tour 2017, as the colored stage lights shine like sun through stained glass upon the crowd, the majority of us will be from Generation X. Taking The Joshua Tree back on tour is not only significant, it is truly epic -- specifically to a generation of Americans who grew up in a Crisis Era. From the days you were a garage band, Generation X has watched society fall apart -- from corporate greed to recession, from scandals to toxic meltdowns, from riots to war -- it has all been part of continued Crisis for us.

A few years ago, I visited the Reagan Library in Simi Valley, California -- a testament to the suffering of Gen X owing to the turbulent events of his presidency that spanned our formative years. It was a painful walk through a wasteland of our youth. Within this building were images reminding me of living my childhood under the threat of nuclear annihilation, an exhibit reminding me that as a five-year-old, I had to try to understand what the term "assassination attempt" meant, and a picture with a few poetic words reminding me that America had hand picked seven heroes to send into space for its children to love, and then let us watch them perish on live TV. It was Mourning in America in our youth and, strangely, it feels a whole lot like that now. In recent years, whenever I hear Mothers of the Disappeared, I think about how all those children who disappeared in the 1980's were Generation X.

If Reagan was the grandfather we didn't quite understand, but tried to love because our family told us we should, Trump is the stepfather we hoped would never unpack his bags in our house. Reagan was inaugurated when many of us Gen Xers were still too young to vote, and most Gen Xers I hang out with voted for anyone but Trump. You understand we are dealing with resurgent issues our generation first confronted in the 1980's. You already know that in some ways, it feels that our society has taken a step backwards. 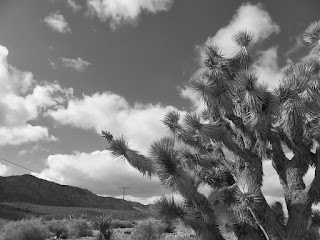 On this tour, as your fervent voice fills the stadiums and the ethereally pure sound of the Edge's guitar sends lightening through our cells, for many Gen Xers, The Joshua Tree is still playing in the background of our lives. As you know, some say Still Haven't Found is the anthem of our generation. For a lot of us, you have been our favorite band for as long as anyone can have one. The rifts of Adam's bass are forever etched into our consciousness. The rhythms of Larry's drums formed a musical foundation during our most impressionable years. Thank you for creating the soundtrack of a generation. 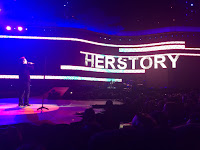 If we were raised with a weak moral compass, your music helped us calibrate it. You opened our eyes to those around the world who have suffered even more than we have. If we were taught to value 80's materialism, you opened our eyes to famine and suffering around the world. In a decade when it was tempting to be consumed with fashion and image, you shifted our thoughts to the pain of The Troubles in Ireland, to the wounds from Apartheid in South Africa, to the injustice and suffering in Latin America. Even now, your messages of women's rights, extreme poverty, and ending HIV in our generation encourage us to keep raising our voices, to keep fighting the good fight. In 2013, I did a photographic pilgrimage to the Mojave Desert about The Joshua Tree album. What it got me thinking about is that we should do all we can as a generation to leave this desert a better place than we found it, to work to alleviate the suffering of others, to pass on glimpses of hope as we get glimpses of it ourselves. 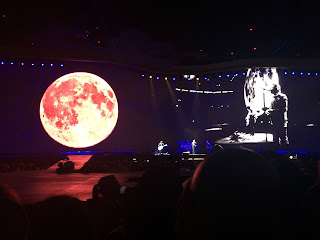 The tragedy, beyond Gen X growing up in a Crisis Era, is that we have always lived in one. And all the while, as the story of our lives unfolded, your music played on the radio, on our record players, cassette players, CD players, and eventually our MP3 players and smartphones. You played your music for a 'lost' generation, a fatherless latchkey generation, a 'throwaway' generation. And that agony we felt is essentially what punk is a response to, and what your roots are, which may be why you understood us so well. If there was nothing consistent in our lives, at least your music was. Thank you for giving us the full circle of this music, especially if we missed it the first time around.... 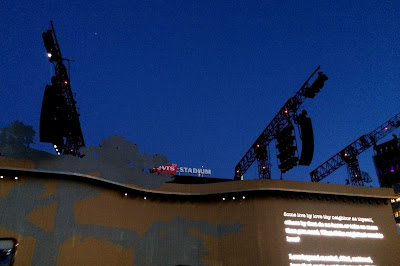 When the first Joshua tour took place, I was just a kid in New Mexico who didn't have enough allowance money for a ticket, and no one to drive me west to Tempe or south to Las Cruces. That's part of why this tour, this second chance is so incredible. And for those Xers who can't make it to any of the Joshua concerts this time because of the weight of life, perhaps you could perform spontaneously in some city as they commute home from work. As you did in  LA or here in San Francisco in 1987... maybe rock and roll can stop the traffic once again. 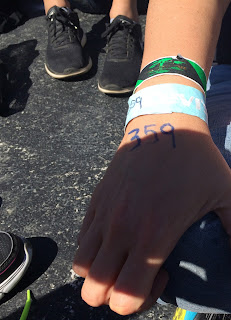 Our cell phones will be lighting up arenas like ten thousand candles - a reflection of the light you brought to us. And if the last three decades have worn us down, if your performance of some song or another is not quite as strong as before, know that the rhythm and chords of our lives will lift like incense to the top rows of stadiums in these upcoming summer nights and we will sing the words for you. We know those words well, because those words have carried us, you have carried us, let us carry you.

To second chances and grace,

This piece was translated into Italian and published on the site for Italy's U2 fan club: