For a short time, I lived in a small town in New Mexico where pink sunsets splashed across the sky over cattle ranches and tumbleweeds sometimes blew down Main Street. There was a certain Saturday afternoon in those days I found myself at an all girls' second grade roller-skating birthday party. All of us had chatted about the latest events at our elementary school while tanking up on soda from the snack bar. We had skated around the rink several times laughing and talking when I glanced across the sea of skaters and couldn't believe my eyes....it was him. He had noticed me, too. I had a crush on a blond haired boy from school who I'd cheer for during playground baseball games. He would write me sweet notes and have his friends hand them off to me during recess.  It was a very innocent relationship - no hand-holding, but there were always plenty of shy smiles exchanged between us.

That day at the rink, everyone had rented those classic brown roller skates with orange wheels. There was all the quintessential music of the early 1980's playing across the giant speakers by Blondie, Air Supply, Tom Petty, Rick Springfield and anyone else you can think of. There were squares of  light scattered across the floor from the mirror ball during the slower songs, and there was the smell of fresh, hot popcorn wafting through the air.


Life was perfect that day. I remember giving the birthday girl a set of multi-colored plastic heart shaped bracelets. It was the early 1980's southwest oil boom and our little town was making bank on it. We could not have known that the economy would force most families to move away over the next year and that most of us would never see each other again. We were just a bunch of middle-class kids skating to our favorite music, proud to give our friend nice birthday gifts, and thinking those days of prosperity would go on forever.


I was shocked that the blond haired boy I had a crush on was at the roller rink that day - I thought it was fate that we were both bought there together unexpectedly. He was there with his friends and I was there with mine. During one of the couples' skate songs our friends insisted that he and I should skate together. It was the first time I'd felt the exhilaration of liking someone that liked me back, and just being near him filled me with electricity. You could say that it was my first dance. The song he and I couple-skated to was "Rainbow Connection" from the Muppet Movie from 1979.

A Love Note Before Christmas Break 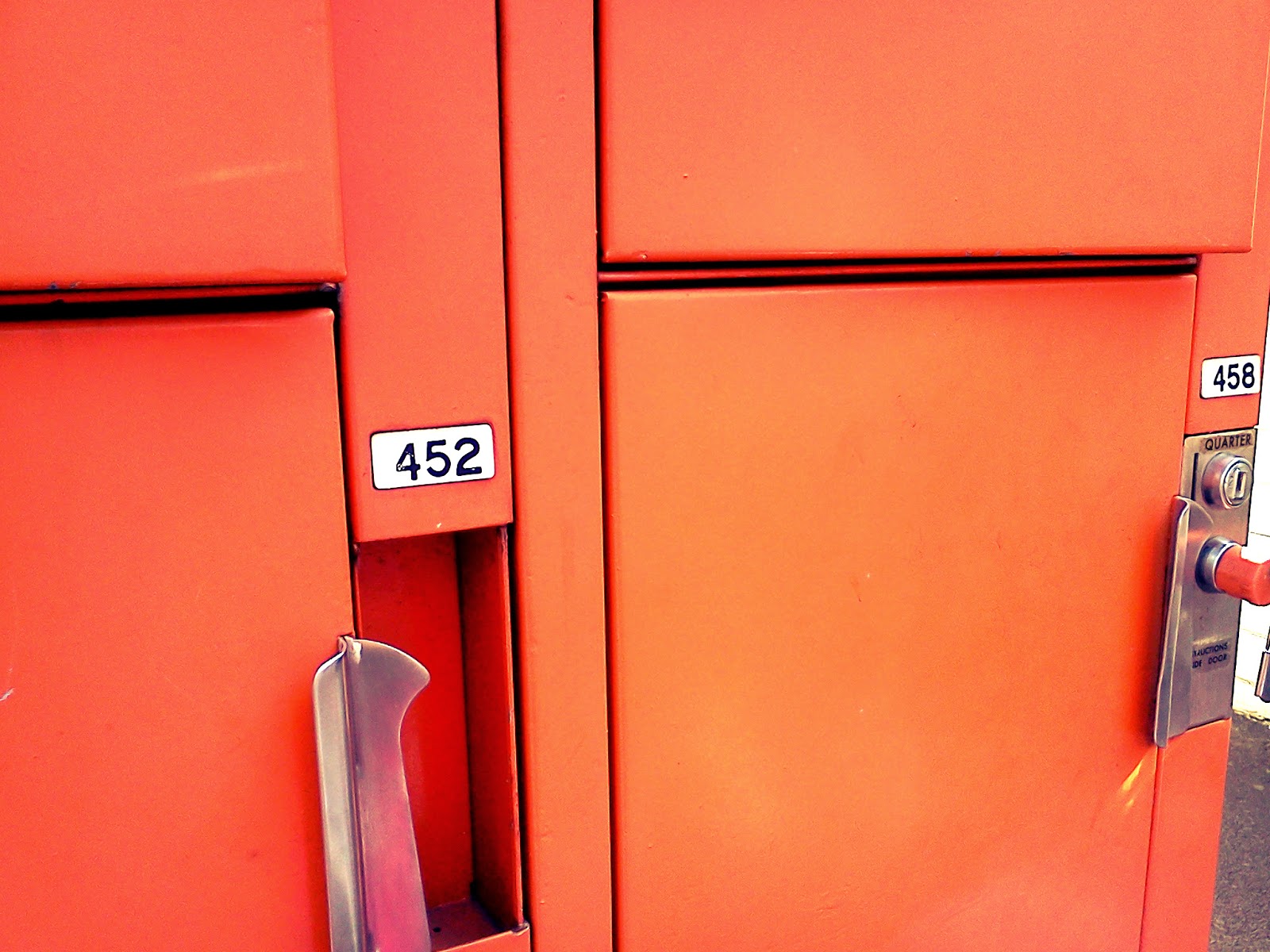 Months went by, and the oil boom came to an end along with a lot of my friends' parents' jobs.  The boy's father worked in the oil fields which meant their family had to leave town for a new job. When it was the day before Christmas break, the boy wrote me a note to tell me he was moving to L.A. He finished the note by telling me that he loved me. And before I could even respond, he was gone. I clutched the note next to my heart as I walked home in the freezing winter air after school that day. I held onto that note for years.  I was convinced that if I was out on a freeway somewhere, or at some airport somewhere in the Southwest at just the right time, I would see him again. I believed that if fate had brought us together at the roller rink on a Saturday afternoon, it could bring us together again somewhere else - maybe a bus or train station, or maybe some other place where people put quarters in lockers for keys....

For the next couple of years I looked for him everywhere. On the open freeways of New Mexico at dusk when lights on the horizon were just starting to come on, I would sing the Rainbow Connection song, even if just in my mind, and I would think of him. Soon, that song not only held within it all the exhilarated emotion of the moments that I had with him as we had couple-skated, but also all the sadness of missing him and not knowing how to get him back. I looked for him in cafes on Route 66, I looked for him in airport terminals. 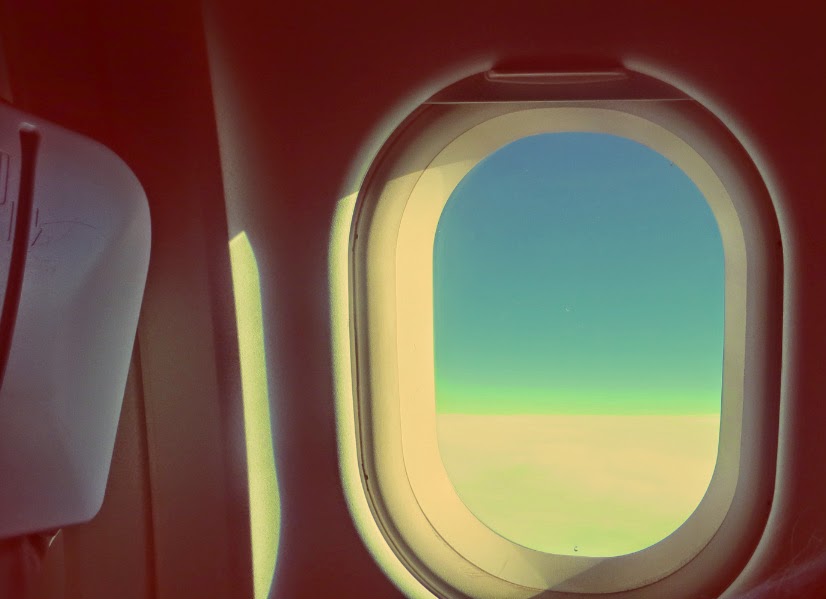 In those days, the most excruciating loneliness of my childhood was when I would fly by myself on a plane over the southwest between my mother's house and my father's house. On those flights, the realization would come over me as as a nine year old that when my parents divorced three years before, I no longer truly had a home or family. On those flights, somewhere about where the time zone changes between New Mexico and Texas, the reality would set in that I was disconnected, a nomad, an unwanted step-child, only allowed to see my father for a few days a year, maybe because that way it would seem more like I didn't exist. I was the walking collateral damage of a dissolved relationship. Out of intense loneliness I would look for the blond haired boy every time I was on a plane to go anywhere, especially if it was a plane with its final destination planned for LA where he had moved away to. On those long and lonely plane trips, when another plane would fly alongside us, I would try and  look in the windows for him, even if my eyes were full of tears, all the while softly singing the Rainbow Connection song.  For many years, I kept looking. Of course, I never saw him again.

Love That Never Leaves Us and the Runways of LAX

In my life, I have often thought back to that blond haired boy who had said he loved me without even giving me the chance to say it back, which made it so much more real - there were no strings attached. He said those words without expecting anything in return. That is the kind of love we search for in this life and don't usually find. We often look in this life for a sort of perfect love, only to realize the limits and shortcomings of human beings mean that pain in relationships is inevitable, and even in the best of situations we seem to only get glimpses of perfect love. If only we could find perfect love in this life - and not just a taste of it, but all the fullness of it - love that has no expectations, love that is completely unconditional, and even more importantly, love that never leaves us. It often seems to me that this perfect love will only be fully experienced by us when we cross over to that other place. What I was really looking for when I was searching for that boy on highways and in airports was perfect love. What I was looking for was God.

Curving around the freeways on a trip to LA recently, I looked up at the incoming planes ready for their decent on the runways of LAX. It was night and the lights on the planes flickered as they neatly lined up in the sky heading toward the airport. It seemed all in one moment that the universe was infinite and and incomprehensible, yet finite enough to make it possible to find what we are looking for. For a second I thought of that blond haired boy, now a man, and wondered if he was on one of those planes - maybe he was flying home to a wife and kids. Maybe life had been kind to him. Maybe it had not. The sun had descended on the west coast, and I unexpectedly felt this overwhelming peace and hope - hope that I will find again everyone I ever loved and lost, if not on this side of life, then in the next.