Finding the Lost Generation: To Walk Where They Walked 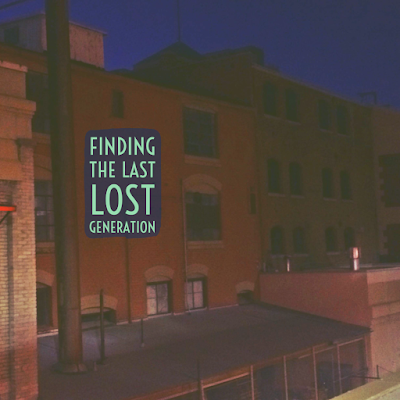 One of the strangest, most mystical things I have experienced in the places I have lived, worked, or visited, is the way a space is filled with the history of the people who were there before. People sometimes talk about this when they tour some place of historical significance - especially if people once suffered there. To walk through Flanders Fields, so I have heard, is a haunting experience. No doubt, the WWI soldiers of the Lost Generation were among those who suffered the most of their time.

Walking through old city streets, well known for the generation that once lived there, you sometimes feel the weight of their everyday hopes and fears, even if you don't know what their specific stories were. Sometimes you experience the presence of their stories like you feel humidity - you can't see the dampness, but you can definitely feel it rising off the sidewalks. 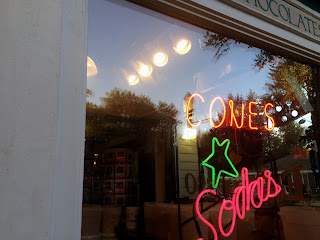 The Lost Generation was raised in a world of shadowbox signs lit with Edison bulbs and made their way in the world as adults when neon lit up behind glass window panes. Similarly, Generation X was raised in an analog world and came of age as the digital age began taking over. We are also called a 'lost' generation. We are, as generations go, their kindred spirits. 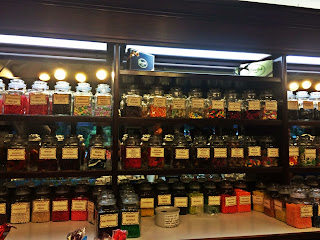 When I go walking through a neighborhood once lived in by the Lost Generation, I think of the childhoods they had, some beautiful and idyllic, some dark. I picture some of them growing up on farms in small Midwestern towns and some working in cities in factories at a far too young age.

I picture those with good childhoods visiting candy stores like this one, filling up a brown paper bag and riding their little wooden scooter home. 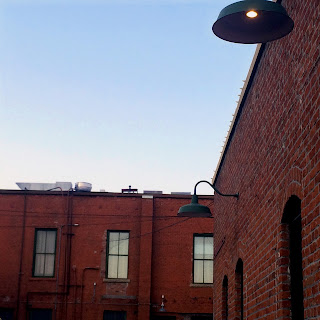 I picture the conversations of the Lost Generation in alleys surrounded by red brick buildings on early summer evening nights. If their generation was also nomadic generation - a 'lost'generation - then what message did they have for Generation X? Since they already lived through a similar time in history, made it to the other side, and are collectively similar to us,

that's the question I keep asking on this one-year journey as I look for the Lost Generation. 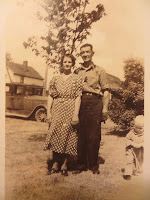 What we don't realize as we move through time, as we quietly revolve with the Earth, is that we are leaving a legacy, not just with each passing day, but with each passing hour, in our thoughts, in our intentions, in the words we speak, in the words leave unspoken. We leave a legacy by what we survive, from what we break ourselves away from, by the way we overcome.


I have a few memories of those who were very old when I was very young, though there are too many Lost Generation people in my family that I never got a chance to meet. 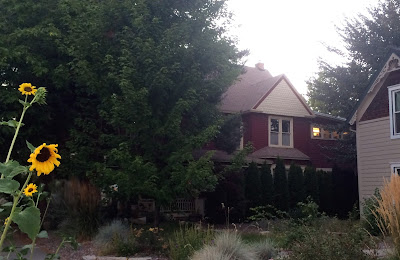 The same way the tall flowers in yards once leaned toward turn-of-the-century kitchens to eavesdrop on dinner table conversations, is how I am searching for the words and wisdom of the Lost Generation. Sometimes, beyond the words of T.S. Eliott, or E.E. Cummings, I wonder about those who never were able to put their thoughts down on paper, those whose lives are now just documented by a couple of photographs, some passed on stories, or a digital copy of their 1920 census information. 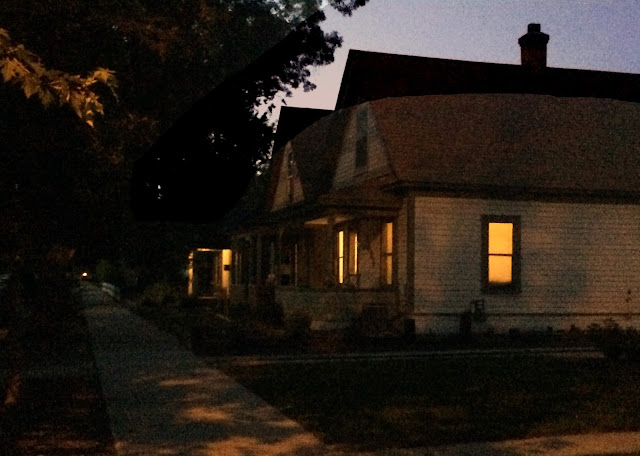 I remember the fireflies that would dance in the humid summer air in the yard of my great-grandparents' house in Illinois. When the day would come to an end for the Lost Generation, night would fall quietly on their houses, and stories of their lives would lean in golden light against their window panes. That light would slowly make its way to the sidewalks, to the streets, hoping to make its way into the world, wanting to be heard.