Finding the Lost Generation: Of Hunger and Hoovervilles

When her picture was published in newspapers, it caused an emotional stir across the country. The U.S. federal government sent thousands of pounds of food to the camp where her photo was taken, but by the time it arrived she and her family had already left to look for work elsewhere. The pea fields at that farm had frozen, which meant no work and no pay for migrant workers. Near the end of her life, almost fifty years later, her son put an appeal in the San Jose Mercury newspaper for people to send money to help with her overwhelming medical expenses as she was struggling with multiple health issues. Letters with money came in the mail from all over, much of it in the form of crumpled one-dollar bills. People responded because they had not forgotten her.  There was a connection they had always felt to her because of her picture. 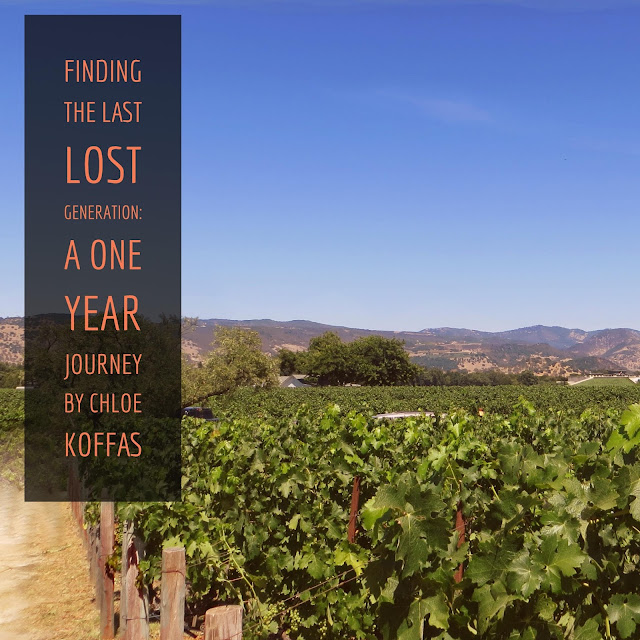 There are certain images that have been ingrained onto the consciousness of the past few generations - one of these would be "Migrant Mother." It is not only the most iconic picture from the Great Depression, it is one of the most significant images of the 20th century. I thought until recently that the legendary woman in this photo was still anonymous, but near the end of her life she was identified as Florence Owens Thompson. Until now, I never saw the baby in her arms.

Why we cannot get over this photo is not just because of the mental exhaustion on her face or the creases on her brow that should not yet be present on the skin of a woman only 32 years old. It is more so because we see the inestimable greatness that is in her. In this woman's eyes is a strength that goes beyond Greek myth, in her face is the wisdom rooted in her Native blood, in her composition is fear wrestling with profound courage. Florence Leona Christie Owens Thompson could pick 500 pounds of cotton in one day, which was more than most of the men who worked the fields with her. This is a mother who raised ten children, and who worked any kind of job she could in fields, waiting tables, bar-tending, or doing factory work. Her father abandoned her even before she was born. She was already a widow at the time this picture was taken in 1936. Her family history was connected to the Trail of Tears. If anyone has ever known the depths of heartache, this soul did. And you can see it all in her immortally beautiful face.

"Hoover-villes" were groups of shacks located on the edges of cities during the Great Depression. These shacks were often made from cardboard or scrap wood. The same name was applied to roadside temporary shelters that destitute families looking for work erected as they tried to escape the Dust Bowl and migrate to California. These shelters could be made of bed sheets or canvas and could be held up with tree branches.

In this same area, even now, Hoovervilles still exist, even if they go by a different name. As my husband was driving us onto a freeway recently, I looked over the edge to a reservoir, to where people go for water, and community, and to pitch tents on the grass. What I saw that day was a man sitting in a red folding lawn chair in a florescent yellow shirt, the morning sunlight falling onto his tired blue eyes staring off into the distance, much like the tired gray eyes of the migrant mother. The man was clearly Generation X. He is probably someone's father. If not, he is someone's son. A man in a neon yellow shirt in front of the backdrop of brightly colored, modern-day camping tents can seem so far away from the black-and-white images of the Depression Era. We see the agonizing images of poverty in America almost a century ago and want to believe this kind of suffering is safely in the distant past. Kerosene lamps have been replaced by solar powered flashlights, and tin pie pans have been replaced by plastic containers. Everything was different between the man in the red folding chair and the image of the migrant mother sitting on a wooden box, yet everything was hauntingly the same. 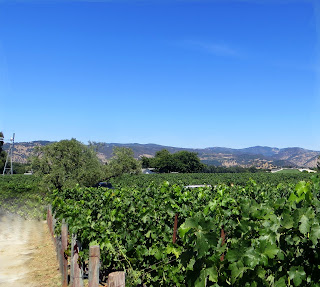 Florence Thompson, was asked once, "Did you ever lose hope?'

She responded, "Nope, If I'd'a lost hope, this country never would have made it."

Her words tell us to never give up hope, because your hope sustains not only you and your own family,  your own individual hope is what sustains us all collectively.


Cancer affected the Migrant Mother, and mesothelioma affects a disproportionate number of Native Americans. The outreach of Mesothelioma.net found this blog post after it was published and asked to have their info added here. This link explains why Native Americans have been at higher risk and the web site offers resources such as access to trust money for those affected:

The Hidden Life Story of the Iconic 'Migrant Mother" - Mashable


And a book I hope to read sometime soon:
Migrant Mother: The Untold Story

Generational note: A large number of the parents during the Great Depression were from the Lost Generation. A large number of the children were from the G.I. Generation. Being from a generation is partly about the year you were born, though I feel it is much more about your life experiences. Florence Thompson was born in 1903, and while I consider her part of the Lost Generation, by some definitions this would make her part of the G.I. (Greatest) Generation. Either way, she is legendary and I send her my love across space and time.

Posted by Chloe Koffas at 12:36 PM No comments: