The inaugural Life is Beautiful Festival took place in Downtown Las Vegas throughout the weekend of October 26th-27th.  It was a celebration of  music, art, food, and learning.  Among all the inspiration we experienced, we got to see some of the best live music we've ever seen....

It is considered a "completely new generation festival" with urban aesthetics, a culinary element, and most importantly, an emphasis on social awareness.  With this as a starting point, this can only become bigger and more amazing each year. 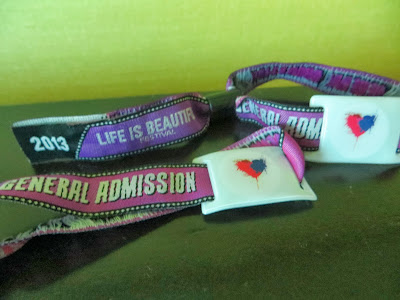 There was a large Gen X presence among the people attending, and especially among the performers and speakers.  Below are some pictures and several highlights.... 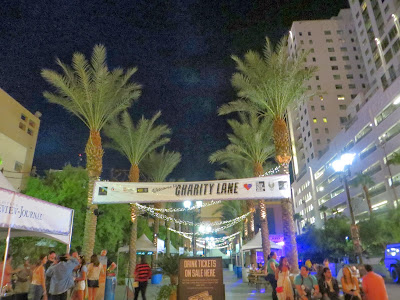 Workers and volunteers for some new, groundbreaking charities were there to spread awareness about their organizations.  The following ones were the ones that really caught my attention:

Stop the Pity  is a movement that tells a new story about poverty.  It is about the potential every person has regardless of circumstance, to create an amazing life for themselves and
their community.  Their belief: "It's time to start viewing people in the developing world for who they really are instead of the stereotypes we've been trained to accept."


To Write Love on Her Arms has a mission statement to present hope and find help for people struggling with depression, addiction, self-injury, and suicide.  It exists to encourage, inform, inspire, and also to invest directly in treatment and recovery.  Their vision and belief:
You were created to love and be loved.
You were meant to live life in relationship with other people, to know and be known.
You need to know your story is important, and you're part of a bigger story.
You need to know your life matters.


ART: The festival featured several different forms of art - including the kind that is done with spray paint cans on walls.... 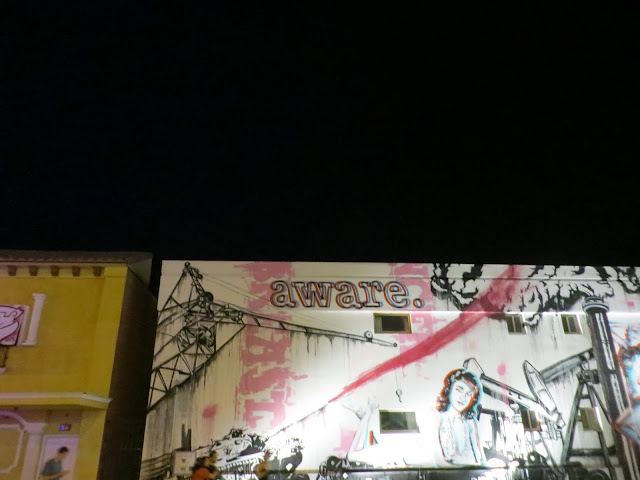 Aware is the name of a San Francisco artist with roots in Las Vegas who has been known for unsanctioned large scale street murals with social and political images.


MUSIC:  With two full days of music happening simultaneously on multiple stages, there were a lot of bands that performed.  We were fortunate enough to be on the front row for the final night.  Below are some photos of some of the bands that played on the main stage:

The final night during the close of the festival, The Killers did their final show of their Battleborn Tour, played their Shot at the Night single for the first time live. 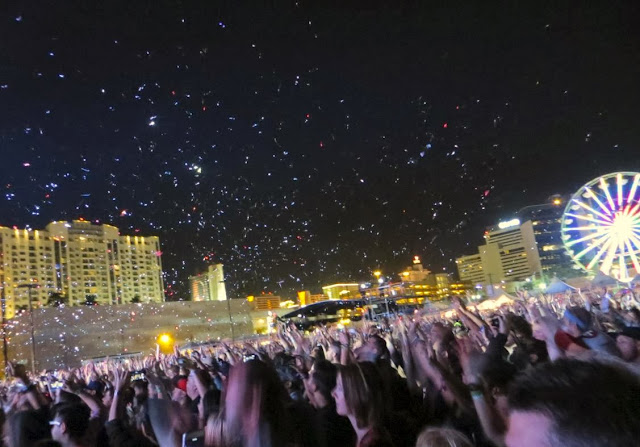 The crowd at the main stage surrounded by part of the Vegas skyline as confetti explodes above us at the closing of the festival. 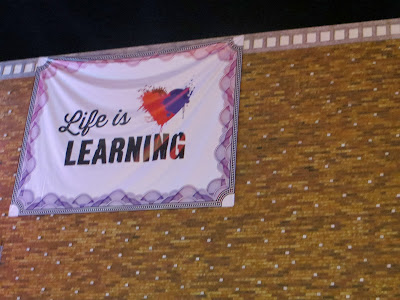 The learning section of the festival included a lineup of inspiring speakers who have experience in everything from business, writing, publishing, leadership, and even overcoming obstacles in life.

"Happiness is the optimistic interpretation of that which happens to you."
- Sean Stephenson

"You can come to understand your purpose in life by slowing down and feeling your heart's desires."
- Marcia Wieder

Posted by Chloe Koffas at 7:30 PM No comments: